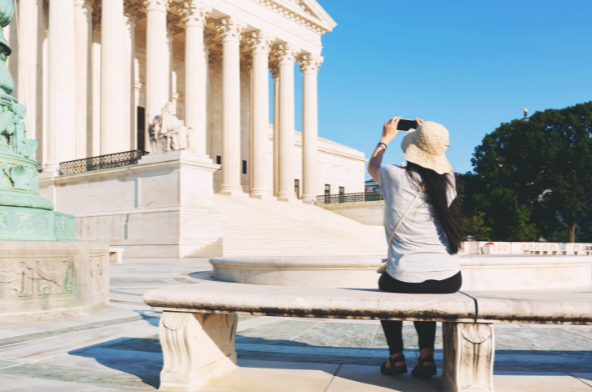 Human beings are human and we all make mistakes from time to time. Chances are that your mistakes could lead to you being arrested for a crime if you’re an American citizen. This is especially true for those who are at high risk of becoming homeless, jobless, or living in troubled neighborhoods. Everyone makes mistakes. Latin for “Errare Humanum Est” means to err is human. This is true regardless of whether we make a mistake that leads to criminal charges or forget to take our dry-cleaning.

What are the chances of being arrested?

A criminal arrest can be made simply for being a human being, as mentioned above. You could be sentenced for making mistakes such as driving while under the influence, being at the wrong place at wrong times, or knowing that you have committed a crime. Chances are that you will be arrested again if you have been arrested previously. This may even lead to being arrested while on bail.

Bureau of Justice statistics show that 82% of all prisoners who were detained over a period of 9 years were arrested within 3 years. Your chances of being arrested increase if you have suffered from mental illness, traumatic events that led to PTSD, substance abuse, or domestic violence. Again, this can lead to being arrested while on bail. Jail-time statistics increase if someone is in dire need of social services such as housing or assistance for an abusive family. The Prison Policy Initiative’s 2019 study found that at least 4.9 Million people are in jail each year. 25% of these people, or one in four, have been booked into jail multiple times during the year. Unfortunately, this cycle of being in and out jail frequently repeats itself, resulting in individuals continually coming into and out of prison with no reform.

Studies show that people who are frequently incarcerated come from low-income communities, are often not educated, and are more likely to be from African-American communities. Recurring incarcerees can also be arrested for nonviolent offenses. This shows that education, job training, and other programs to assist those living in poverty can significantly reduce the likelihood of someone being a repeat offender or being locked up. In prison can put a halt to plans and dreams that someone might have for the future. A person in prison can lead to dropping out of school or being fired for missing work. They may also risk becoming homeless after they are unable to pay rent.

How Long Can Incarceration Last?

People might believe that jail time doesn’t have enough impact to make a difference in a person’s life. This is a false assumption. The average US jail stay for someone incarcerated can be as short as one day for public intoxication crimes, or as long as years before they are tried. According to PPI, 74% of those held in local jails are not yet convicted. You would be mistaken if you believe there aren’t many people in jail currently waiting to be tried. There are nearly half a million (or 470,000) people currently in jail, but they haven’t been convicted. These can include crimes involving immigration, drug possession and property offenses like robbery or burglary. Chances are that not all in jail are guilty of the crime, but they are still stuck behind bars, losing their income, schooling, job prospects, and being unable to pay bail. Bail bond records show people are more likely to be able to maintain their connections to the community which can reduce recidivism.

If someone is arrested, they have the right to an attorney. This is a well-known fact, as it is often repeated on television and movies. What many people don’t know is that the Eighth Amendment to the United States Constitution gives criminal defendants the right to reasonable bail as well as the right not to be subject to cruel or unusual punishments. If you are wondering can a lawyer bond you out of jail or if you can secure your freedom without representation, know the Bill of Rights outlines some of these understandings around bail. Not all states recognize that defendants may need bail assistance after they are arrested. California and other states have worked hard to help those who need bail assistance in order to change the cash-bail system.

Cash bail allows those charged with criminal offenses to leave jail and go home while they await their trial. Bail bonds agents can help those in need of bail by paying a fee (usually 10%) to cover their bail. A cash-bail system allows defendants to pay a set amount by a judge in order to be released from jail while they wait for their trial. Although it may sound convenient, cash-bail systems have increasingly negative implications.

People who require bail help are often lower-income. This means that people with more money can post bail and get out of jail faster than those with less. People who are able afford bail are often able to plead to lesser offenses and sometimes are released without any jail time. California has many bail bond companies. This is because it was cash-bail up until 2018. Recent criminal and justice reform calls for the elimination of cash-bail systems. The rich, who do not need bail assistance, are those most in the loop. California’s Prop 25 would have ended the cash-bail system for misdemeanors. It would have kept it for violent crimes like assault and murder and created an algorithm to help those with other crimes.

Propositions similar to Prop 25 could eliminate a cash-bail system and can reduce the population and overcrowding in California’s prison systems. Not only were bail bonds companies opposed to prop 25, but so was the ACLU of Southern California, and the NAACP (Or National Association for the Advancement of Colored People). This is because Prop 25 and similar reform laws use an algorithm to determine whether bail-paying citizens who can afford it will be allowed to be released. The flight risk refers to whether someone will leave jail without returning for their trial. This avoids possible jail time. Although it is possible for someone to flee jail after being released, it is not guaranteed. An algorithm that isn’t sufficient to predict the outcome of the lives and bail payments of defendants in jail is not enough.

Other resources for bail

You can also post money yourself or hope a judge will allow you to return home with an algorithm. Bail bonding services provide bail bonds for people who need assistance to pay bail. Not only is it beneficial for those who are facing serious jail time but also for their families and friends, returning home can be a great help. Not everyone can afford bail bonding services, or the cash to pay a bail bondsman. What can they do to get home to their loved ones if this is true?

Organizations have been formed to help those who need bail assistance because of the large number of people in jail awaiting trial. Half a million people are currently in jail at any one time. Chances are that some of them are innocent of the crime, but cannot afford bail to be released. One such organization is the Bail Project, which recognizes that this pre-trial system is flawed and is doing everything it can to help those in prison.

The Mission of the Bail Project, and similar organizations, is to end the unfair prejudicial system that disproportionately impacts marginalized communities and people of colour. People who need bail assistance may be able to find a bailman at an affordable price and can then pay bail to get out of incarceration. However, many times, prisoners don’t have the financial resources to pay a bondsman or even contact them. The Bail Project is similar to bail bonds services. It pays bail for people using donations at no cost. After a person has attended a trial, and the case is closed out, the bond is returned back to the person who paid it. The bond is repaid, which means that the money used to bail someone out of jail can now be used to help another person, in a new cycle of freedom.

Is the Bail Project located where?

Goals of the Bail Project

Robin Steinberg, a public defender, created the Bail Project as the Bronx Freedom Fund. Steinberg witnessed how many people who needed bail assistance could not afford it and ended up in jail. The Bronx Freedom Fund now has an expanded goal to free 160,000 people from jail because they can’t afford bail. The Bail Project understands that even a $500 bail money can make the difference between freedom or confinement. The Bail Project funds can be used up to three times per year, depending on the defendant. Bail money is returned after a case has ended. The Bail Project now uses bail disruptors, who are also in prison, to assist each person waiting for bail for crimes that they haven’t been proven guilty of before their lives are affected.

Why is it important?

Pre-trial bail is not only unjust but can also lead to trauma for half-million people who are awaiting trial and cannot afford bail. Within the first few weeks or months after arriving in jail, suicides, sexual assaults and trauma can all happen. This can lead to a lifetime worth of trauma that could be prevented if bail was available. The bail project found that 96% of the bail project participants returned to court and that only 2% were sentenced to jail. A person who can afford bail will have a lower chance of having a permanent criminal history. People who can’t afford bail often have to plead guilty for crimes they didn’t commit in order to get out of jail. The Bail Project found that almost half of all cases were dismissed if one had bail. Without bail, 95% of those in jail plead guilty. These staggering figures show that bail assistance is essential to ending the oppressive pretrial system. It saves American taxpayers almost $14 billion each year and helps thousands of people who are incarcerated.